Our modular Spider Combat Robot can be used for many tasks, but we're going to need a Docking and Upgrade station for it.

The SpiderBot is a friendly mobile weapon platform that can be equipped with up to three weapon upgrades.

As long as no threats have been detected, SpiderBot will patrol the players base within range of the CPH. When the base is under attack, SpiderBot will try to intercept the attacking airborne enemy. He will not react to attacks unless he has received a weapon from the docking station.

In order to use the SpiderBot to the defend the base, the player must build a Docking Bay to supply him with Charged Lithium Coils and weapon upgrades. Once crafted, these can be retrieved from any hopper adjacent to the Docking Bay. As soon as SpiderBot has been given a weapon and received enough power, he will start moving towards the enemy as soon as the next attack begins. Once the threat has been eliminated he will continue his patrol. If his energy is low or a new weapon is waiting at the Docking Bay, SpiderBot will dock again. He can hold a max of 150,000 power.

There are currently a total of three weapon upgrades available. Each tailored to deal with a special type of wasp. 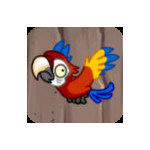 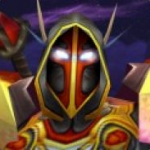